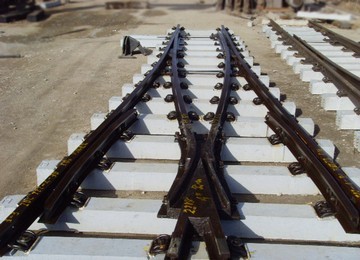 Railway Track Turnout can be divided into single turnout, double turnout (equilateral turnout), three turnout (three-way turnout) and multi-turnout (Double Slip Switches), etc.
Y-shaped equilateral turnout, which dovetail with the turnout to the sides of the two stocks Road bifurcation.
Three-way Railroad Switch as Ψ-shaped, while convergence of three tracks, mechanically operated by two sets of sharp turn rut track.
Double Slip Switches like X-shaped, in fact, equivalent to four single turnout and a diamond-shaped cross combinations.
In addition, there is a cross-connect equipment, usually called diamond cross. It consists of two acute and two obtuse frog frog composition, but no derailleur, so the shares can not be transferred between road line.
If the Double Slip Switches X-shaped two points above and below the two are connected together, that crossover. It can not only open more direction, but a small space, so often used at the station. 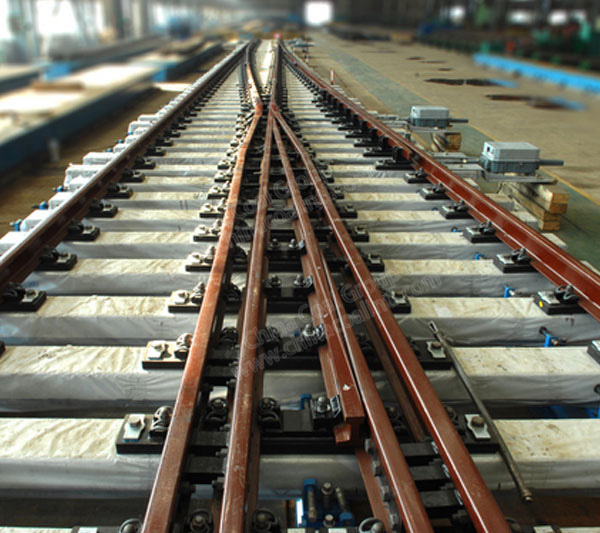