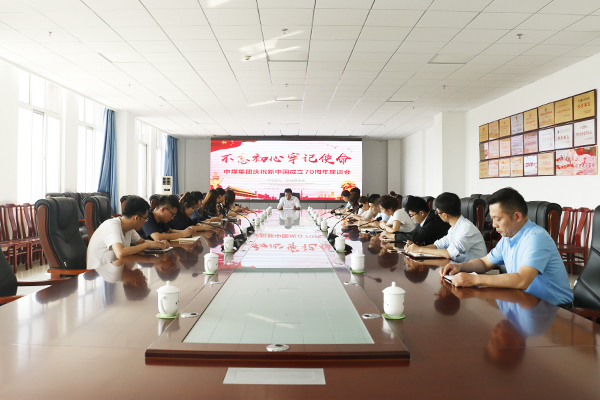 The meeting kicked off in the solemn national anthem, and all the participants stood up to sing the national anthem. Secretary Feng led everyone to watch the video of the military parade in New China. It reviewed the first years of the new China and the magnificent development process in the 70 years since its establishment. It talked about the history of the development of the party and the country in the 70 years since the founding of the People's Republic of China. let everyone once again deeply feel the hard-won of today's happy life.

At the meeting, China Coal Group Labor Union Chairman Xu Weiwei, Communist Youth League Secretary Zhao Wei, The Women's Federation Director Yang Qingqing made a speech. They reviewed the development process since the founding of New China from different angles, and shared their experiences and talked about feelings with their personal life and work experience, expressing their love for the party and the motherland. In their speeches, they unanimously stated that they must firmly adhere to the conviction of the party, fulfill their duties and loyalty to their duties, always maintain a high spirit of state, play a leading role as a vanguard, and shine in their own posts, for the prosperity of the country, social progress, and enterprises. High quality development contributes to its own strength! 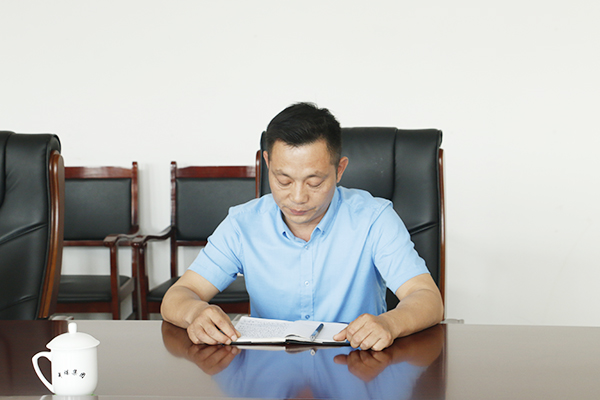 Finally, Group Executive Deputy General Manager and Secretary Of The Party Committee Feng Zhenying pointed out that over the past 70 years, China’s political and economic construction has made brilliant achievements. We must inherit and carry forward the fine traditions of our ancestors, adhere to the leadership of the Communist Party of China, and be firm in the new In the historical period, we took the determination to follow the development path of socialism with Chinese characteristics, deepened the theme education of "not forgetting the original heart and keeping in mind the mission", acted as the real thing, and led the high-quality development of high-quality party building with high-quality party building. He demanded that we should strengthen our ideals and convictions, strengthen party spirit, strictly abide by disciplines, firmly establish "four consciousnesses", strengthen "four self-confidences", base ourselves on our posts, give full play to the leading role of party members, and not forget the initial intentions and keep in mind the mission. With the actual actions, we will continue to promote the high-quality transformation and development of the Group and present our outstanding achievements to the 70th anniversary of the founding of New China!