In the lecture, Xue Zhiliang professor they separately discussed the motives and attempts of the United States to launch a trade war, the masterminds and promoters behind the trade war, China's response and prospects, and gave everyone a rich and profound education course on national defense situation. The lectures have both profound theoretical explanations and vivid practical cases. They not only provide in-depth analysis of the current situation in China, but also countermeasures on national strategies, so that the retired soldiers participating in the conference are deeply inspired and educated. National defense education and economic construction provide useful guidance. 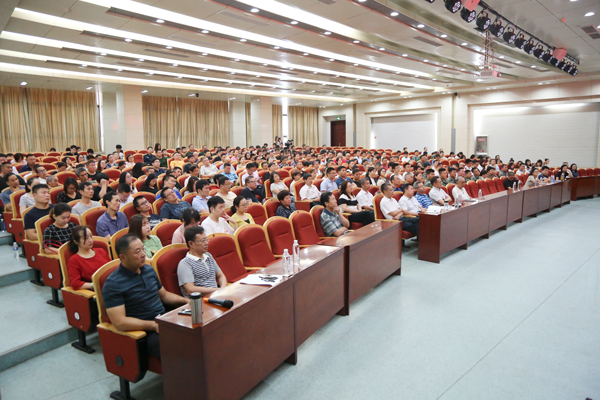 In order to conscientiously implement the spirit of the Notice of the Shandong Provincial Retired Military Affairs Office on the Training of the Training of the Retired Military Personnel in the Province, in September, the Jining City Industrial and Commercial Training School of the China Coal Group launched the retiring of Jining City in 2019. The military "employment train training", free employment training for eligible retired soldiers in the city, signed an employment contract to ensure that retired soldiers enrolled in school. Jining City Gongxin Business Vocational Training School was founded by China Coal Group. It is a comprehensive vocational education and training school with e-commerce training as its specialty and various types and levels of development. Since the establishment of the school, it has trained more than 12,000 people of various types in the society, with a pass rate of over 98%. The school has been rated as “Shandong Province Cross-border E-commerce Training Base”, “Shandong Province's Most Popular E-Commerce Service Organization”, “Jining” City Shuangchuang Demonstration Base" and many other honorary titles.