On November 28th, a good news was uploaded from the 7th Innovation and Entrepreneurship Competition of the “Chuangda Cup” Jining City. After rigorous evaluation by 15 expert judges and on-site defense, Shandong Kate Intelligent Robot Co., Ltd., a subsidiary of China Coal Group, The newly developed smoke plant protection drone won the first prize of the final of the 7th Jining Innovation and Entrepreneurship Competition in 2019, which once again proved to the community that Kate Robotics' strong strength in the field of drone research and development and manufacturing has further improved Our company's popularity and influence in the field of intelligent manufacturing. 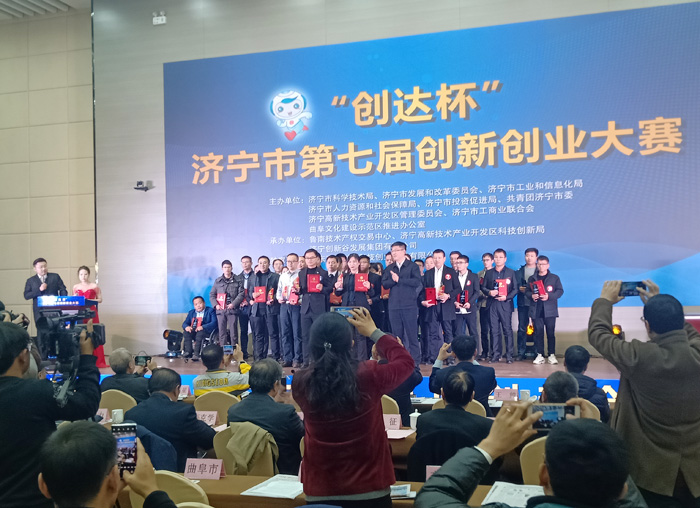 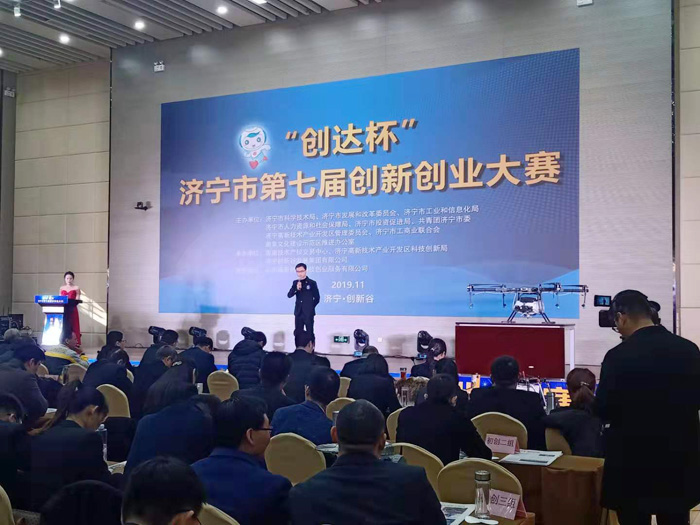 The Kate Robotics company's entry product this time is a smoke plant protection drone, which is different from the common agricultural helicopters on the market. It is a simple multi-rotor with a modular design. It is extremely convenient to use and maintain. Its stability is unmatched. Good anti-fall and anti-fault effect. The UAV uses lithium batteries as the flight power. Each battery can work continuously for an average of 15 minutes, two sorties, and the width of the spray frame and flight height can be freely adjusted. According to statistics, using smoke drones for operations, each aircraft can complete an operating area of ??more than 500 acres per day, which is more than 100 times the labor efficiency, which has helped the development of smart agriculture. In recent years, with the strong support of the Jining Municipal Party Committee, the Municipal Government, and the High-tech Zone Government, China Coal Group actively responded to the national call for "mass entrepreneurship and innovation", accelerated the conversion of new and old kinetic energy, vigorously developed intelligent manufacturing, and invested in the establishment of Shandong Kate Intelligent Robot Ltd. Since the establishment of the company, it has continuously increased investment in high-tech drone research. Through the introduction of advanced foreign technology, it has developed agricultural plant protection drones, fire drones, inspection drones, aerial drones, and smoke drones. , Measuring a variety of drone products such as drones. Among them, the company's self-developed plant protection drone products have been selected into Anhui, Jiangsu, Shandong, and Guangxi agricultural machinery subsidy lists, and successfully won the bid for the plant protection drone procurement project of the Agricultural and Rural Bureau of Wenshang County, Shandong Province. Established a good reputation and credibility. 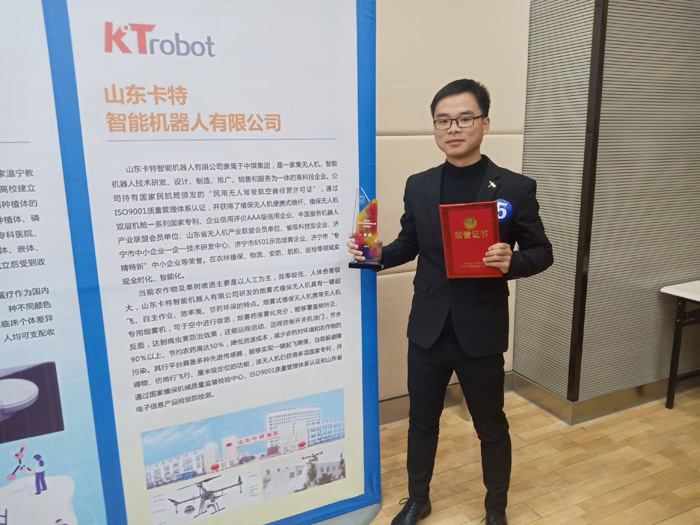 The Kate Robotics Company won the first prize of the 7th Jining Innovation and Entrepreneurship Competition in 2019, which is a high recognition of the innovation and entrepreneurship achievements of China Coal Group Carter Robotics Company and a full recognition of the company's R & D and manufacturing capabilities. The company will take this as an opportunity to accelerate the integration and development of 5G, AI technology, drones, and intelligent robots, accelerate the development and application of new technology innovation, and produce more high-quality, high-tech intelligent products. Human machine industry development makes more contributions! 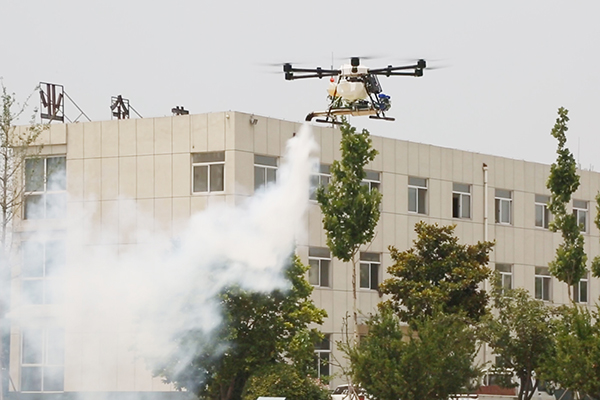