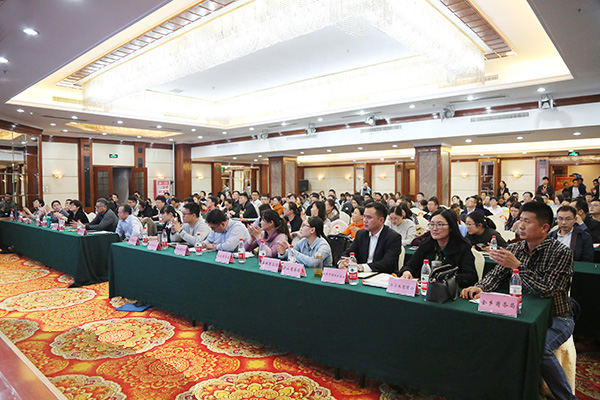 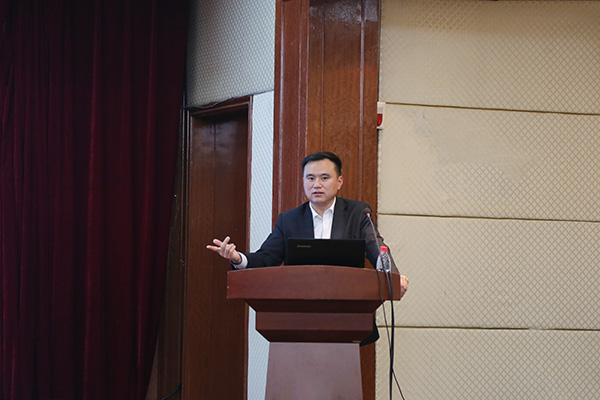 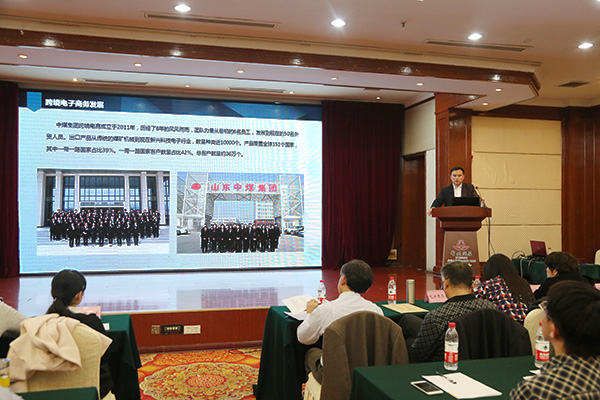 Subsequently, Li Zhenbo, executive deputy general manager of China Coal Group and president of the Cross-border Electronic Commerce Association of Jining City, was invited to be the “Exporting Foreign Enterprise Management Experience Sharing”. In recent years, China Coal actively responded to the policy of foreign exchange earning through exports, vigorously expanded overseas markets, developed cross-border e-commerce trade, registered “China Coal” trademarks in 37 countries and regions, and obtained 28 member states and the United Kingdom. The use of trademark rights of China Coal in Taiwan, Macau, and Singapore has effectively opened up the international market. At present, China Coal Group products are sold in 151 countries and regions in the world, with 480,000 customers worldwide. They have been rated as cross-border e-commerce integrated innovation and demonstration enterprises by the Ministry of Industry and Information Technology. While actively expanding overseas operations, China Coal Group also vigorously developed the construction of cross-border e-commerce B2B platforms, among which Yi Mine Network is the first cross-border B2B e-commerce platform in the domestic mining and mining machinery manufacturing industry, filling the domestic and international e-commerce platform for the machinery industry. The blank was listed by the Ministry of Industry and Information Technology as a key cross-border e-commerce support project and a key e-commerce platform for Shandong Province. It has made outstanding contributions to the industrial transformation and upgrading of the industrial and mining machinery industry in the country and has greatly stimulated the cross-border e-commerce of the global mining machinery industry. Take off! Finally, Liu Xujun, deputy researcher of the Jining Municipal Bureau of Commerce, exchanged and shared with the people the latest foreign trade policy in the city, and explained and analyzed related issues raised by the participating companies. The participating enterprises generally reflected that the policy was very timely and preached in a timely manner. Through policy advocacy, the foreign trade enterprises have further recognized the situation, clearly defined the direction of foreign trade development, and enhanced the confidence of the next step in the development of the company's "Internet + foreign trade!" 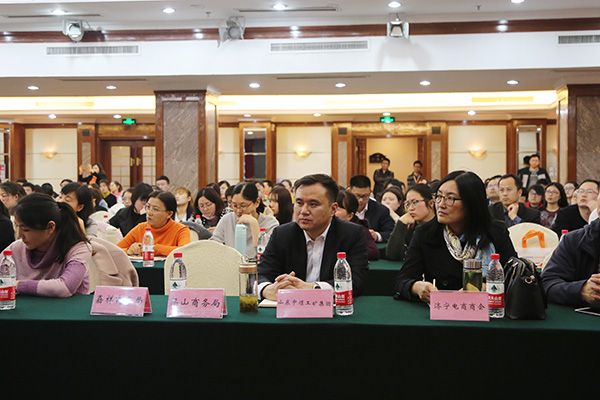 President Li expressed that the training not only learned how to develop overseas markets through multi-channel precision marketing through Global Trade, but also understood the latest foreign trade policy of the city, clarified the development direction of the next foreign trade companies, and also learned advanced The experience of the development of foreign trade companies has benefited greatly. In the next step, we will closely follow the international economic situation and China's “One Belt and One Road” development strategy, accelerate the scale of the Group’s cross-border e-commerce development, enhance the international competitiveness of China Coal’s own brands, and work hard to create a new phase of the Group’s “Internet + Foreign Trade” development. !
Previous： China Coal Group Was...
Next: Warmly Welcome Globa...